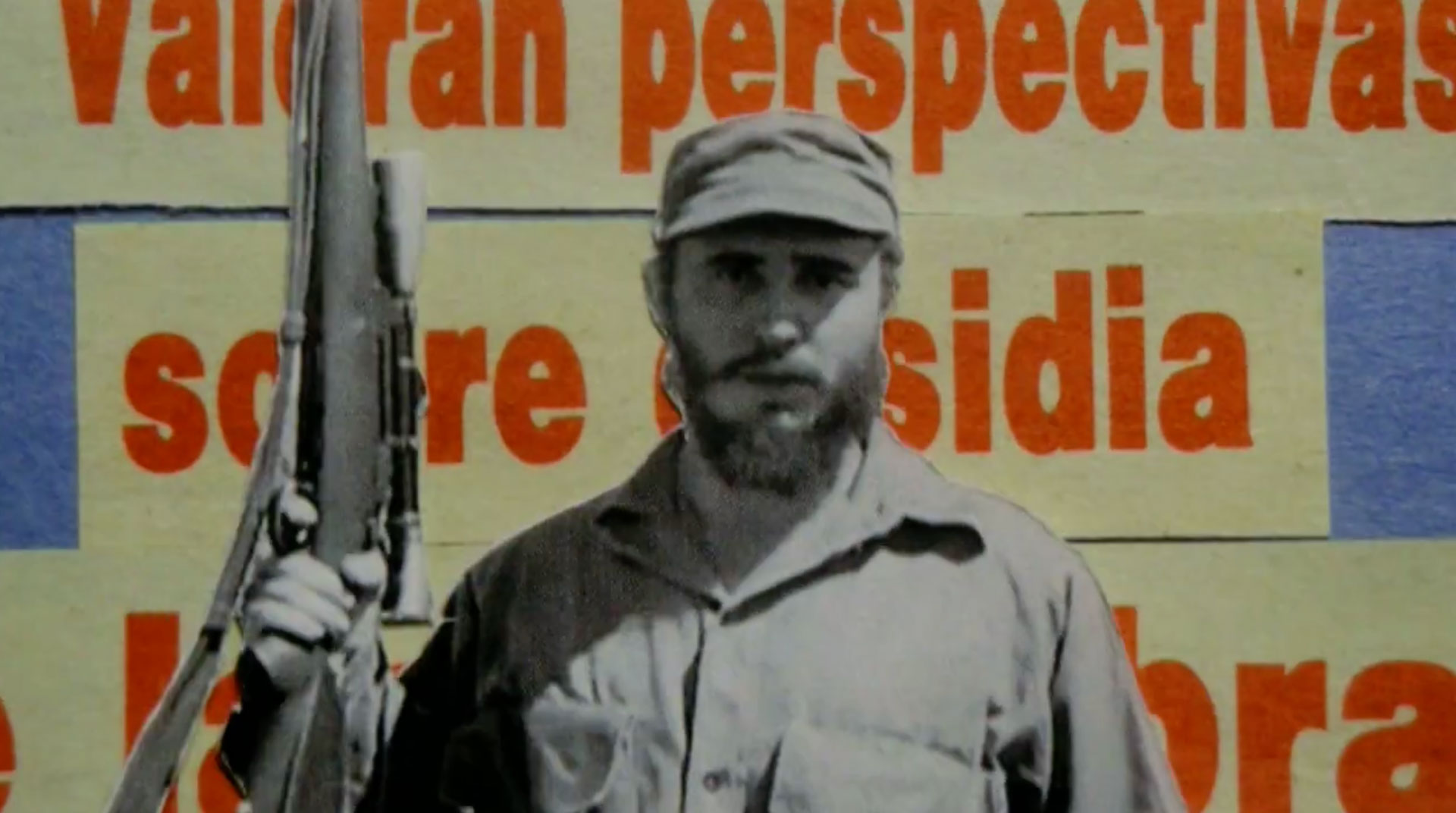 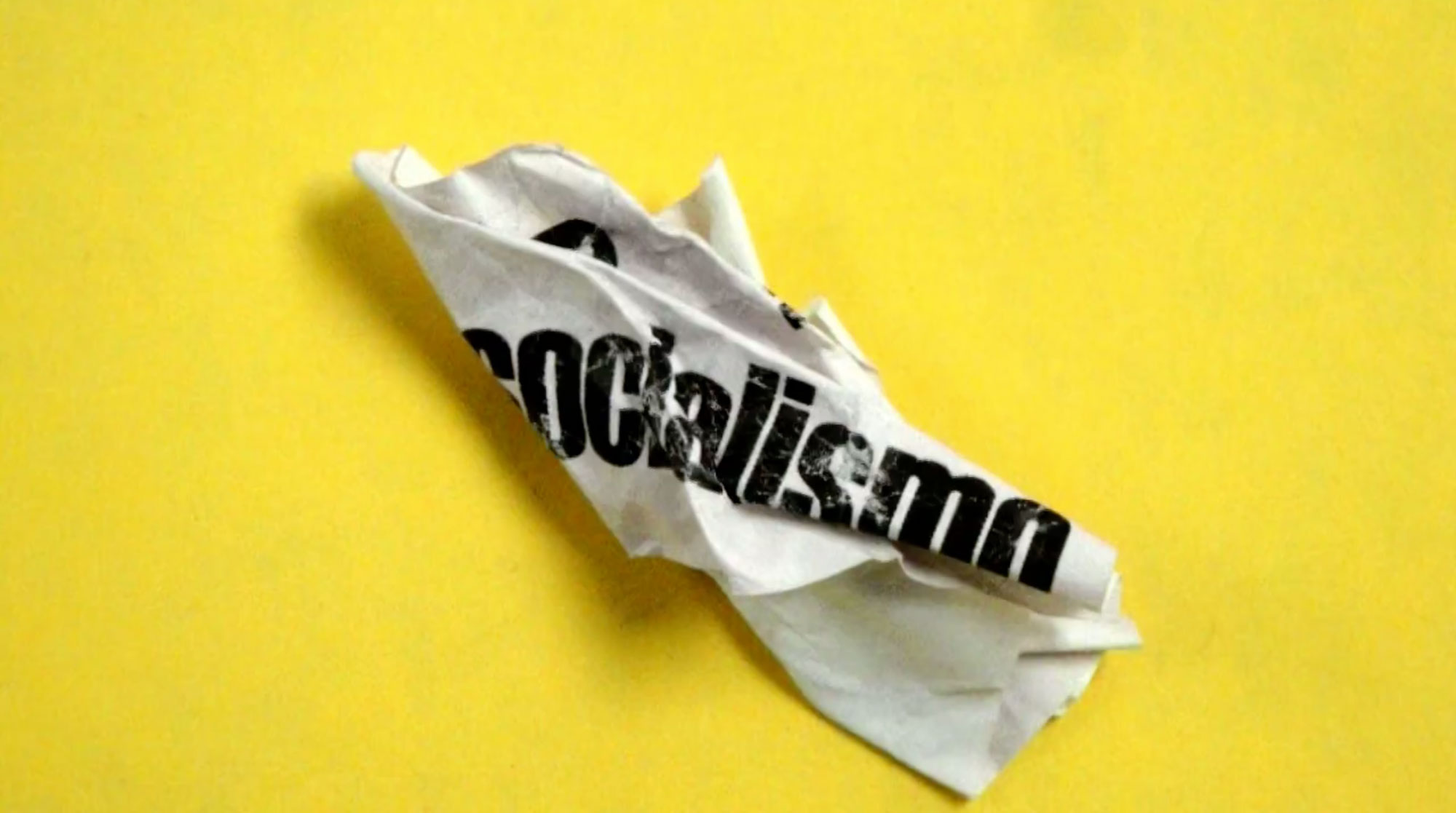 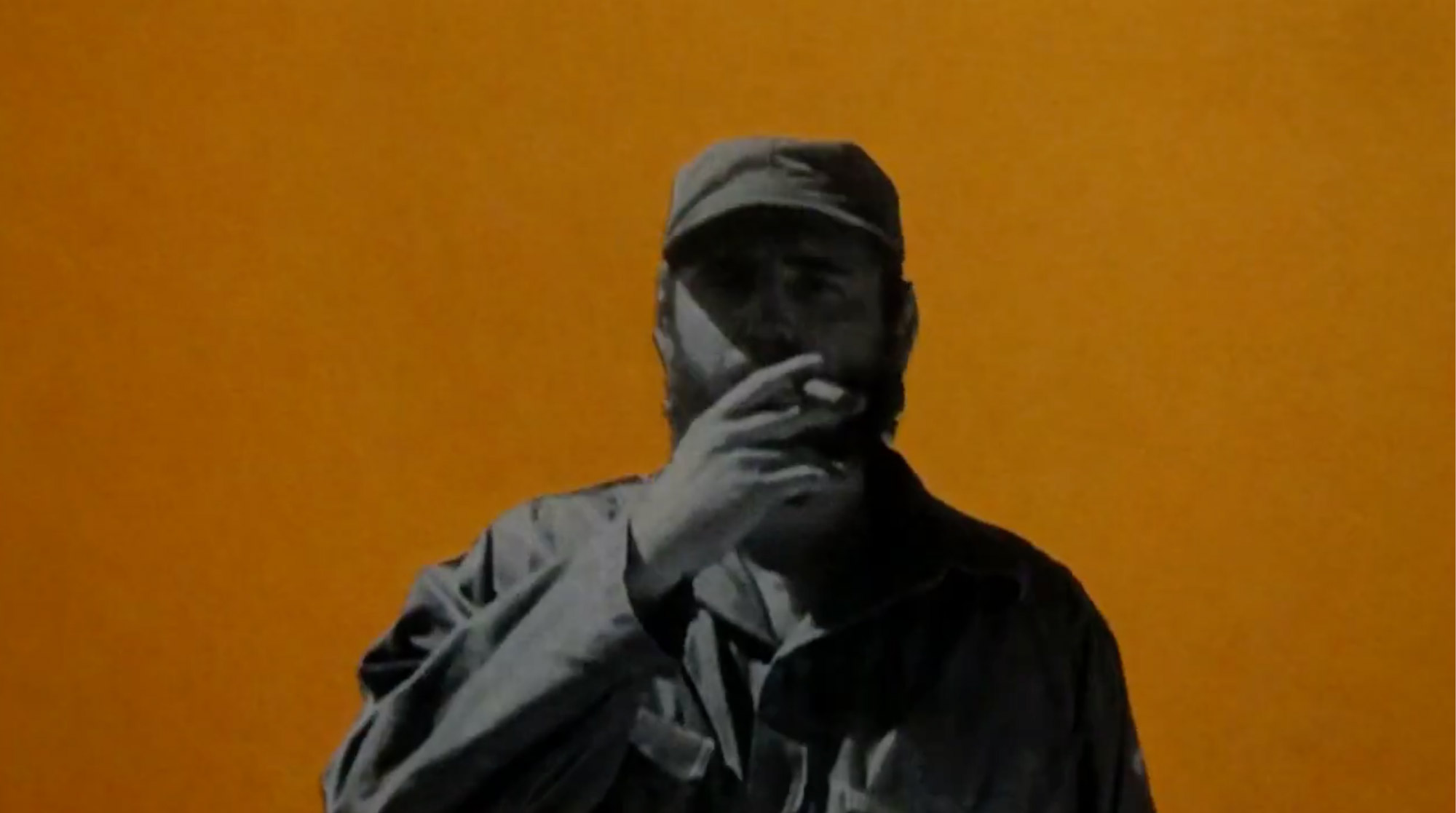 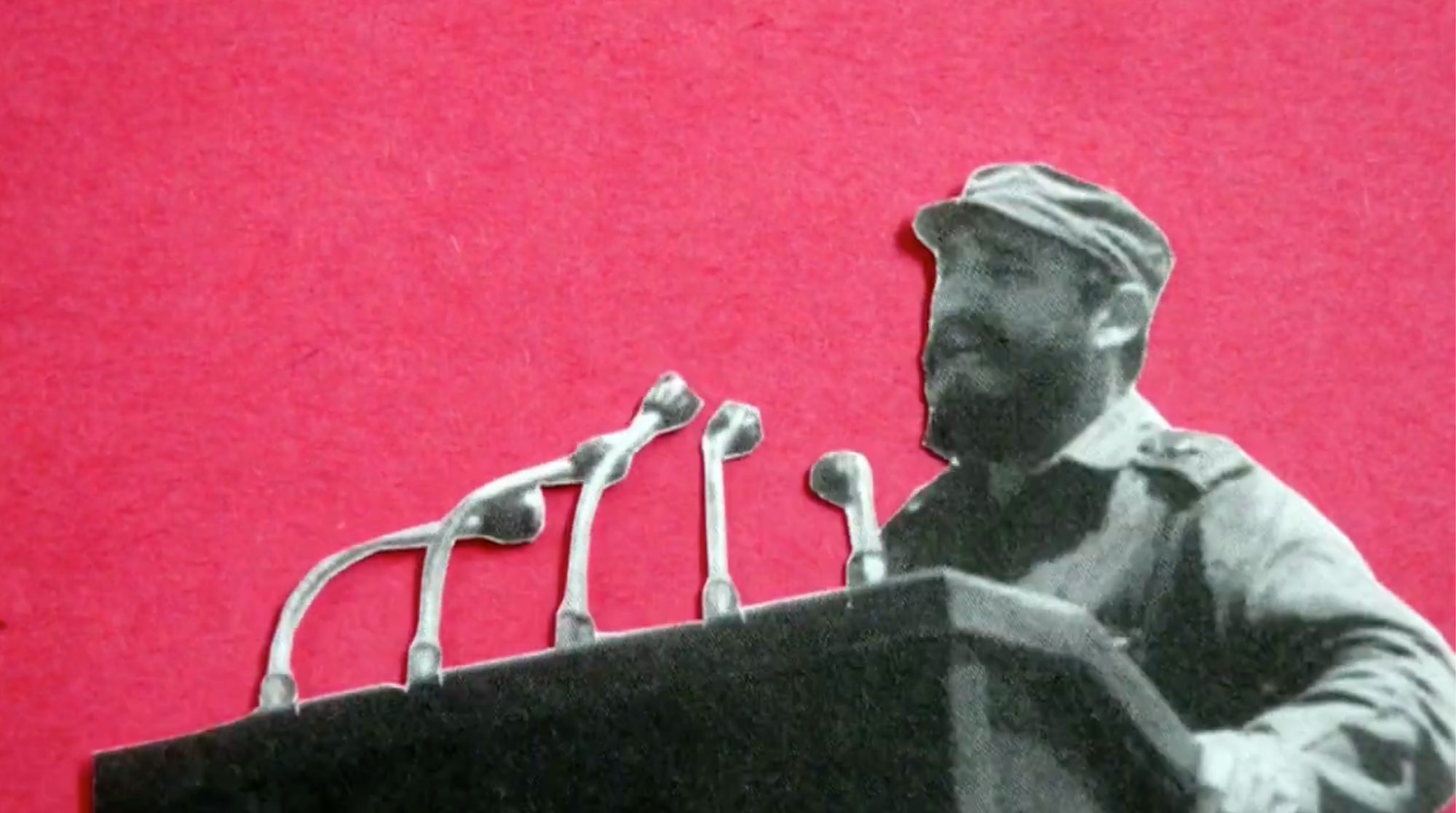 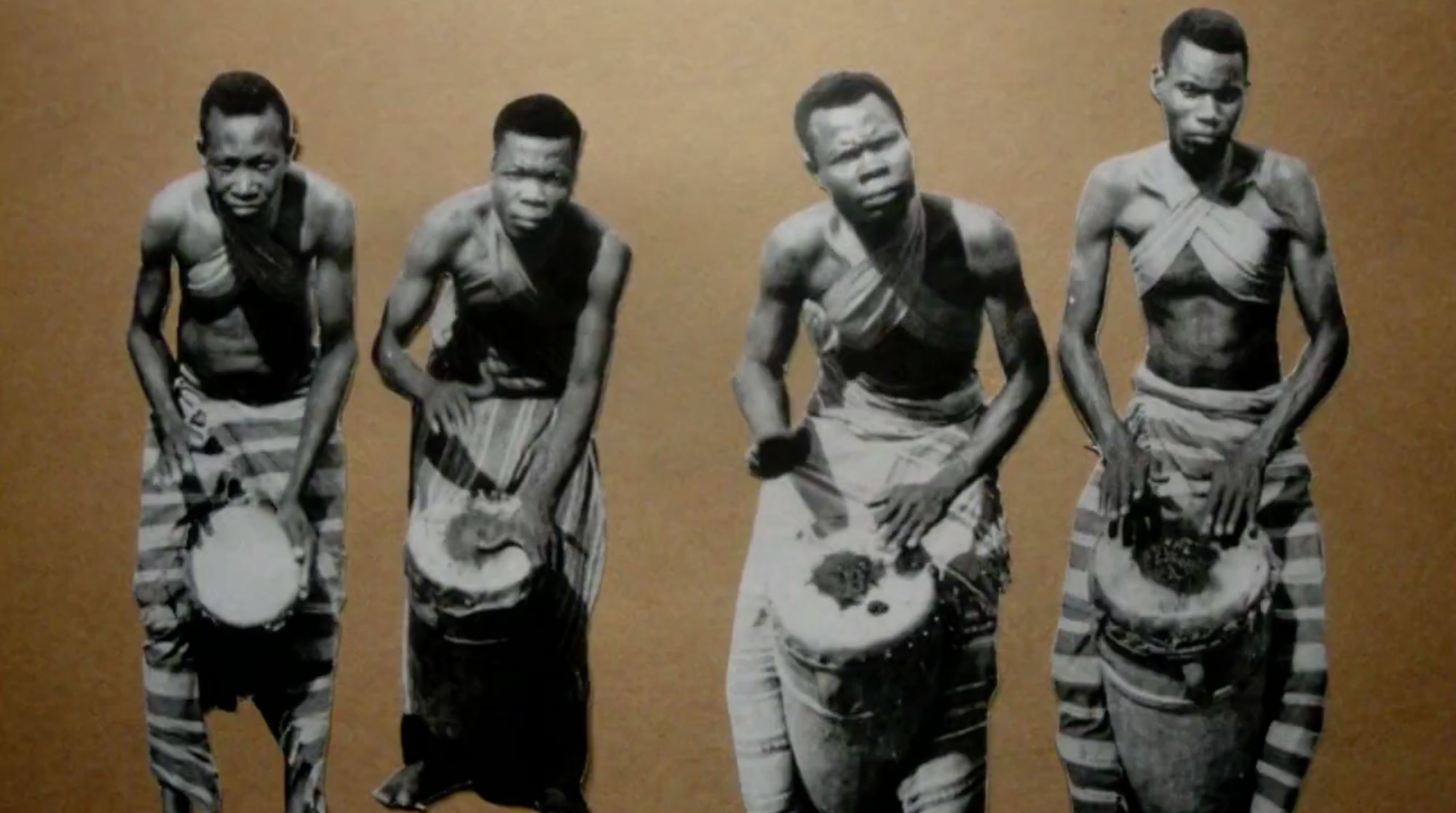 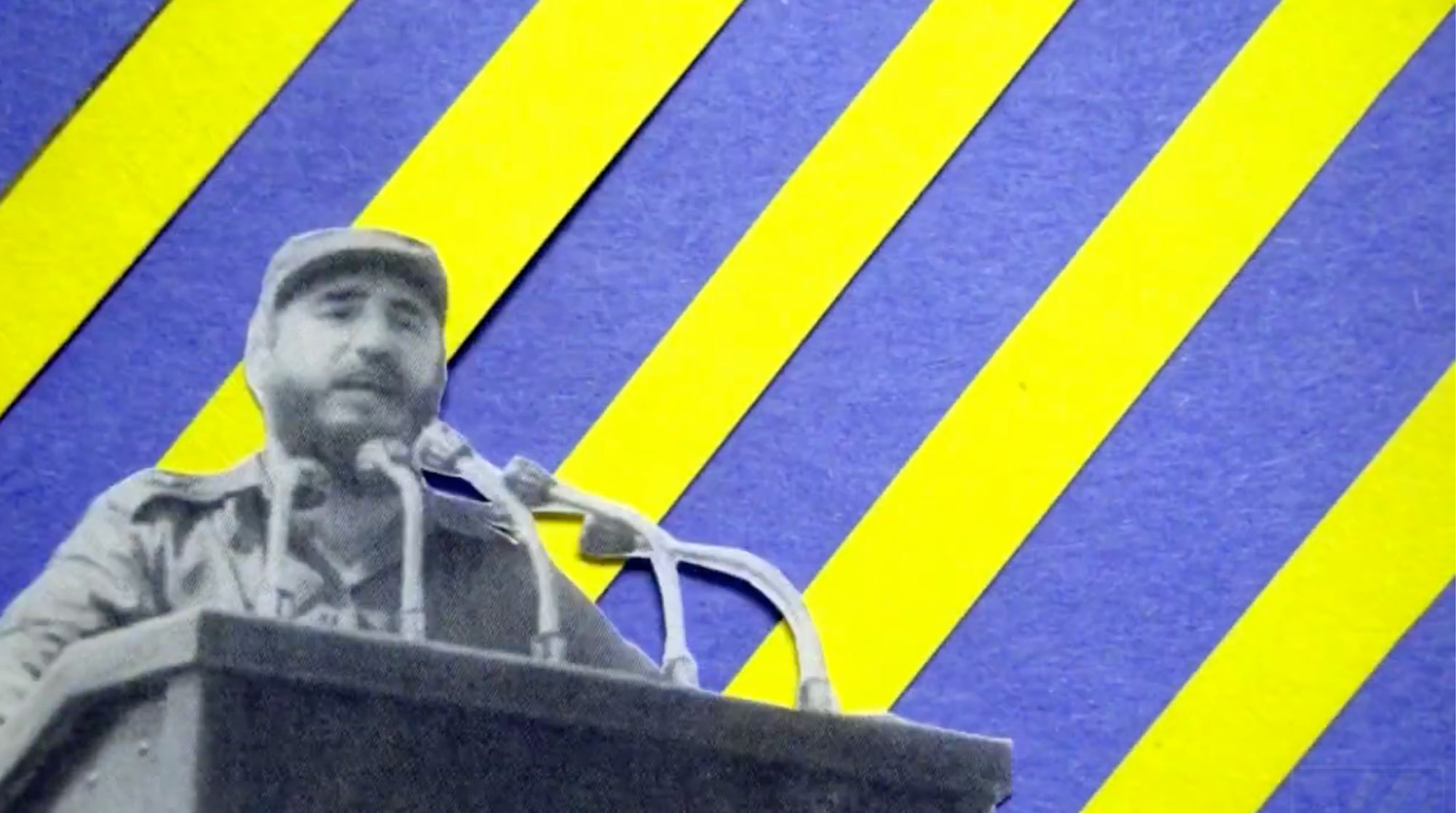 When we learned of the determination of the ideas, anxieties, and concerns for political art of Cuban artist Hamlet Lavastida to create his works, we quickly sought to include one of his proposals to our organization because of the commitment of his vision with human rights, desire for the reinvention of political discourses and the construction of new spaces for community participation and social impact in favor of democracy.

This is how we acquired La era del Carisma, 2012, a video in which the artist uses the cinematographic technique through a succession of still images of Fidel Castro and other elements to simulate random movements that seem perfect to seek to subvert the discourse of Fidel Castro. Leader of the Cuban people for 50 years and transformed his country into the first communist state in the Western Hemisphere.

With this work, Lavastida reviews the dependent history of the Cuban people, the influence and damage of the ideological propaganda of communism in the collective memory.

In the most recent context of Lavastida, it must be said that after returning from an artistic residency at the Künstlerhaus Bethanien gallery in Berlin, he was arrested and sent to the Cuban State Security prison: Villa Marista.

Likewise, writer and activist Katherine Bisquet, Lavastida’s partner stated on September 26, 2021 for BBC News Mundo: “…I have been the target of harassment, coercion, illegal deprivation of liberty (house arrest for 65 days), psychological torture, illegal detentions and threats of prosecution by State Security.”

Currently, Lavastida was released from prison and sent with his family to Warsaw, Poland.

At Untitled Art Fair, Miami Beach 2021, the performance El billetaje quemando la calle/Bills Burning the Street was presented. A proposal created as a system of illustration of messages to navigate the routes of communicative exchange and daily commerce. On the Cuban currency bills, Lavastida stamped logos of 27N, the San Isidro movement, and some pro-freedom demonstrations.