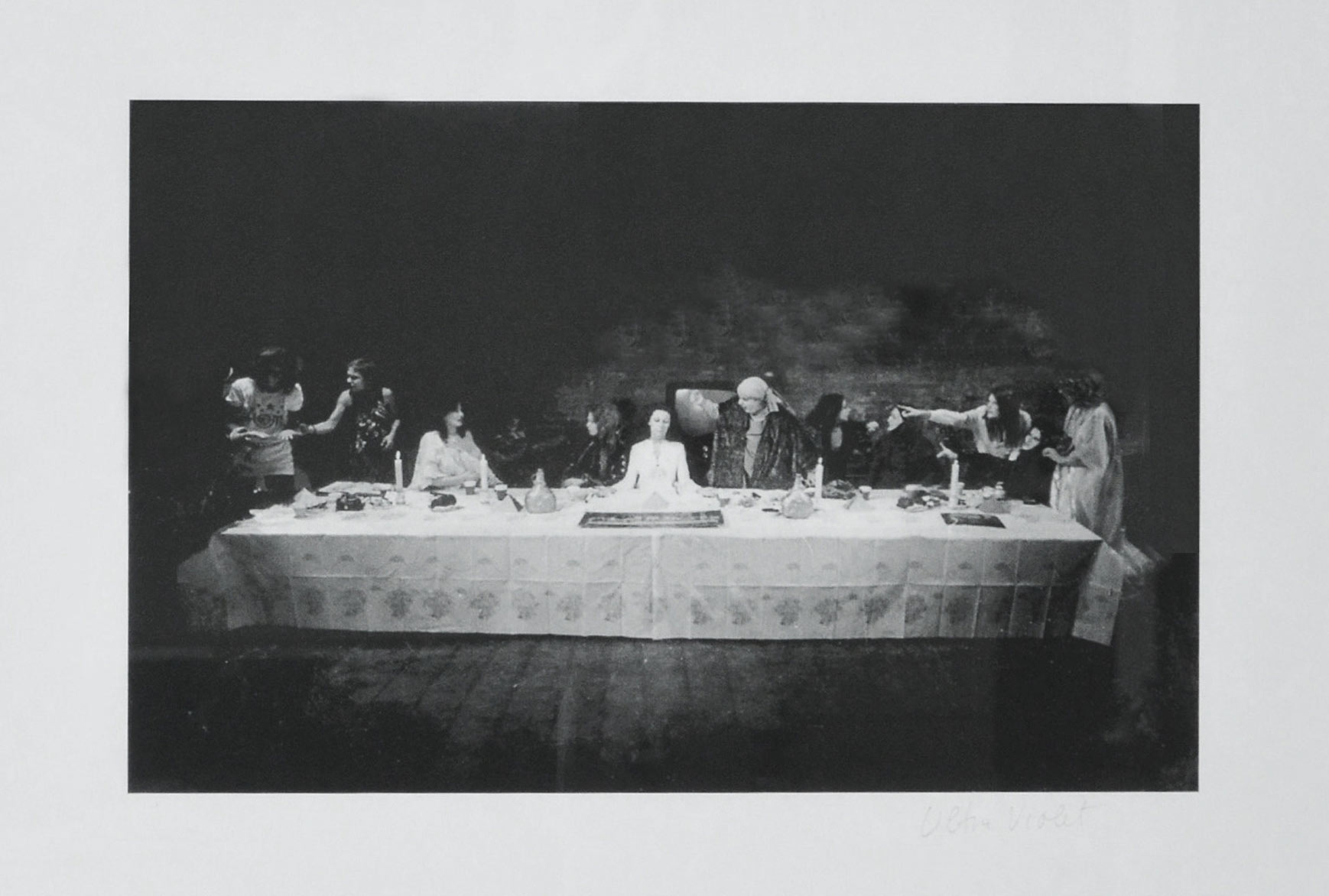 With a history loaded with contrasts, in the last years of Ultra Violet’s life, she regretted participating in The Factory and living a life of excess habits. Perhaps to heal those experiences, in 1981, she became a practicing member of the Church of Jesus Christ of Latter-Day Saints. Ultra Violet was also the author of Famous for 15 minutes, Ultra Violet: Andy Warhol, Superstar, and Ultra Violet: L’Ultratique.

It is estimated that her artwork began in the 1970s, creating neon installations, sculptures, graphics, and paintings with signs and symbols that seem to have carried the influence of pop style and embody her inner world as a Mormon.

Interestingly, in 1972, a year earlier after her near-death experience, she acted and produced the film The Last Supper (which was not really a gospel) and created the black and white photographic series The Last Supper, 1972 of the New Testament, where she embodied the role of Jesus and the entire cast starred women.

Ultra Violet’s The Last Supper is one of Fuentes Angarita Collection’s reference works because of the value of the artist, the context of the time, the historical implications on which she recreates the work, and for having been one of the outstanding female artists in a scene dominated by male artists.

It is a work that reveals the strong feminist, spiritual and religious aspects of Ultra Violet. Where the women representing the apostles suggest us to look at her paintings of Angels and Michelangelo to understand more about sarcasm, playfulness, and the fermentation of patriarchy sown in the iconic biblical passages about the gender of God, the apostles, and therefore, the formulation of the question: What is the role of women?