Ideology, History and the Significant in Gonzalo Fuenmayor 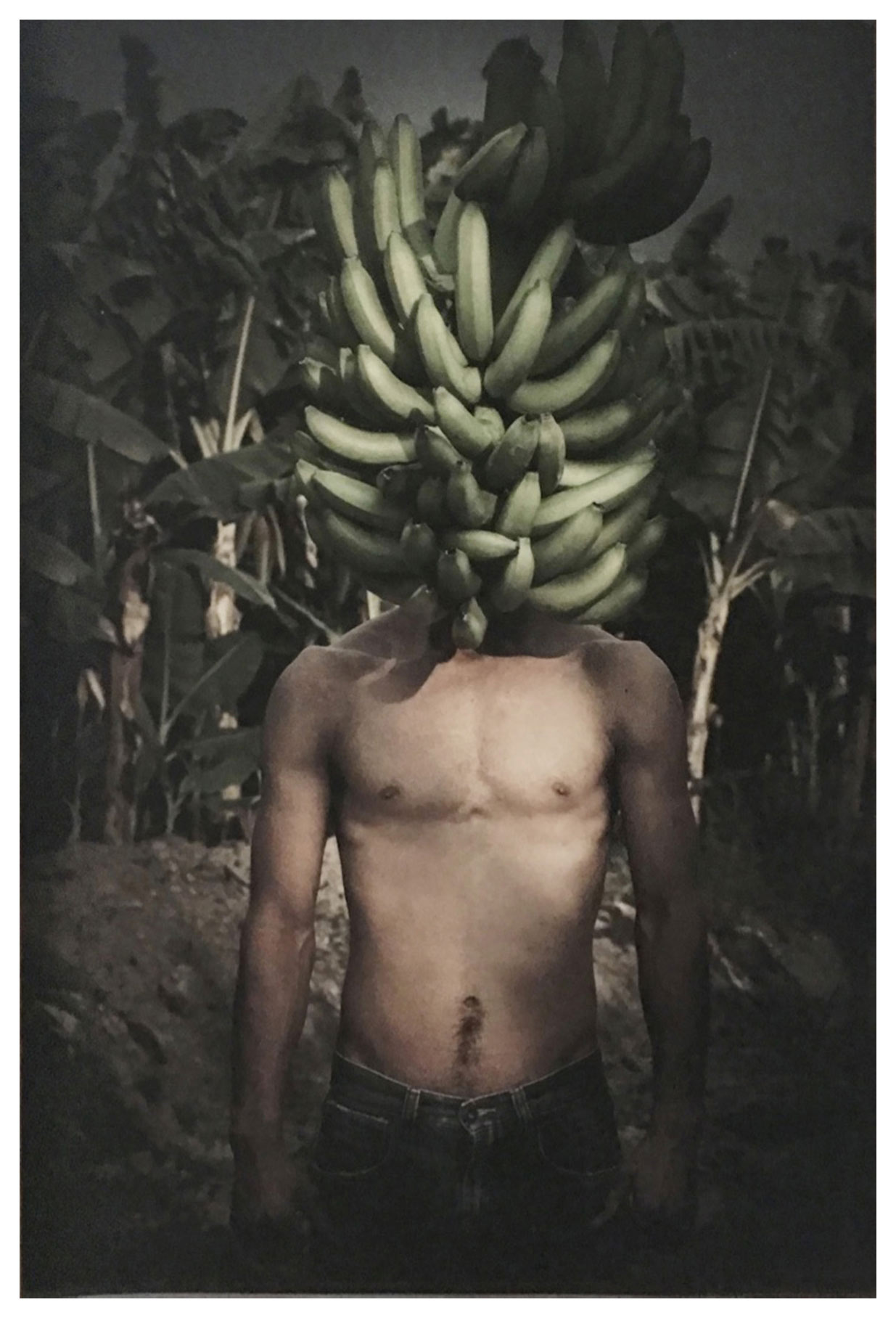 Gonzalo Fuenmayor (born in Barranquilla, Colombia, in 1977) is a contemporary artist based in Miami, Florida. His work resembles anthropological analysis documents on social identity, the clichés that form the new models of idiosyncrasy and labor politics in Latin America.

Around that range of ideas and particular temperaments typical of the behavior present in Fuenmayor’s reflective exercise, it must be said that his work alludes to the escape of collective subjectivity and the morbid ideologies of moral codes. Fuenmayor composes forms and images with a linguistic sign that points towards meaning, that is, with an economy of materials he constructs discourses that explore passages of colonialist ideology, the asymmetry of power between the United States, Latin America and the Caribbean.

With such a critical framework of maneuvers, Fuenmayor through Mr. Bannanaman, 2013, a photograph which we identify in certain gloom the torso of a standing man whose identity is not possible to recognize because in front of his face a bunch of bananas fantastically interposes itself.

The impossibility of not identifying the man’s face alludes to the submission to the stimulus for economic development that ends up becoming a political strategy that prevents the autonomy of the countries by obeying the banana’s legacy.

Proverbial and simple, Mr. Bannanaman, 2013, is a gregarious manifesto to irrationality.