Jessica Sofia Mitrani and the complexities of femininity stereotypes 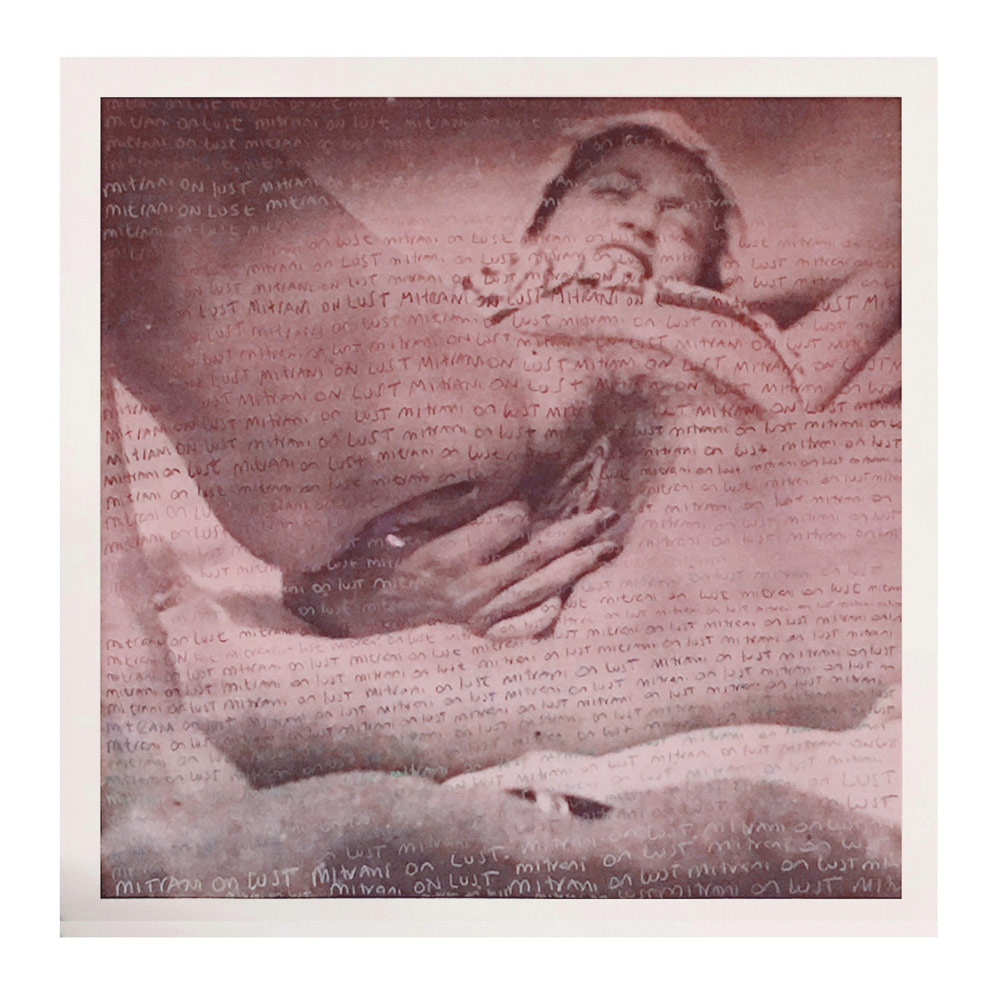 Jessica Sofia Mitrani is a Colombian filmmaker and artist based in New York. She explores and unites through film, theater, photography, fashion, and installations social and political issues related to tradition, principles, and emotions as sequences of a festive, satirical, and subversive script.

Based on this discourse, Fuentes Angarita Collection features Nora on the Beach, 2010, a curious set of five photographs printed in inkjet on watercolor paper that Mitrani then intervenes by writing with colored pencils. Part of the inquiry of the work lies in the fact that the images are appropriations from the Bulgarian-born French surrealist Nora Mitrani, which in turn belong to the archive of Hans Bellmer.

Reviewing Mitrani’s background, it is possible that Nora on the Beach, 2010 is part of the  Doppelgängers series, where Mitrani explores the role of some women of the past, such as the 19th-century American journalist Nellie Bly, who circumnavigated the world (Traveling Lady, 2010) and the case as mentioned earlier of the poet Nora Mitrani.

Mitrani’s explicit images in Nora on the Beach, 2010 suggest sarcasm in the series context, where the clear and detailed form of the act of self-indulgence, self-love, and self-pleasure is tinged by Mitrani’s texts. Perhaps to tell us something about what is not said about the rights of women, non-binary and other identities that are subjected to the qualities and expectations that society attributes to people who look like men and women in specific gender roles.

In this sense, Mitrani’s symbolic representations criticize the dichotomy and other social vices related to the idea that men should be socially assigned to the public space, where political, social, and economic decisions are made. While women are assigned to the private area, where they carry out the work of care and upbringing.

In objective terms, the issue deals with a violent issue of women’s integrity, non-binary and female-identified identities that must be resolved without double meanings or dubious moral discourse about the dignity of persons. Women need not feel ashamed or self-conscious about aspects of their identity, voice, ideas, sexuality, intelligence, feelings, power, and creativity.