The Foundation for the Totality: Melancholy and Vision. 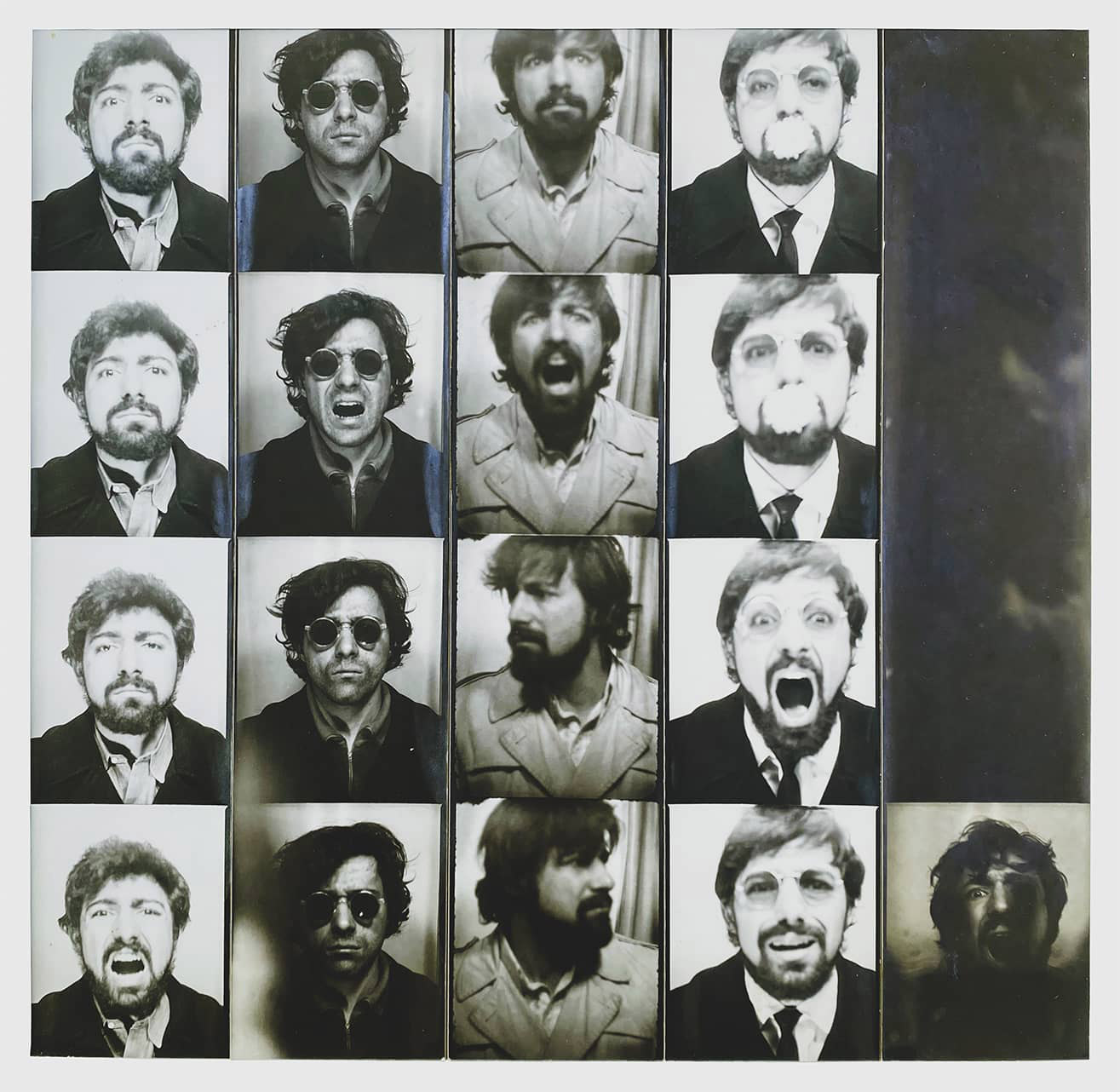 In 1965 artist Rolando Peña (Venezuela 1942) rented a small studio on 10th Street and Second Avenue in the Lower East Side of the East Village in New York. At that time, the city was so vibrant that it seemed to be the new melting pot of all cultures due to the vertiginous multitude of people with artistic concerns, abolitionist activist groups, and avant-garde movements within the art world impacted the creation of new expressive trends; and the lifestyles of thousands of people willing to rebel against any barrier or social impediment that compromised freedom of expression and the spirit of peace.

To visualize in perspective some of the events that took place and influenced the context in which Peña participated, it should be considered that the social, political, economic, and cultural dynamics of that time would seem to have a certain nostalgia for modernism, a philosophical movement of the late nineteenth and early twentieth centuries that was based on an underlying belief in the progress of society. Its exponents were oriented in believing in advancement and cultivating a utopian vision of human life and society while being inspired by ideals linked to far-reaching art, philosophy, science, architecture, literature, religious faith, and even everyday life.

Likewise, the art scene in New York in the 1960s features records on the presence of Latin American artists as indicated in the article Contrabienal: Arte, política e identidad Latinoamericana en la Nueva York de los años setenta (Contrabiennial: Art, Politics and Latin American Identity in 1970s New York) by Aimé Iglesias Luckin published in the Guggenheim blog (5/6/2015). According to Iglesias in 1967: “a group of New York-based Latin Americans mobilized to protest against the exhibition Artists of the Western Hemisphere: Precursors of Modernism, 1870-1930, which brought together artists from across the continent and inaugurated the Center for Inter-American Relations.”

It should be noted that one of the first museums in the United States to include a Latin American artist as part of its collection was MoMA, when it received Subway, 1928 by José Clemente Orozco as a gift from Abby Aldrich Rockefeller (United States 1874-1948) in 1935.

According to that vision and other relationships of that time, New York was a metropolis of worldwide reference to which Peña arrived with experience in happenings, performance and media related to multimedia shows, which attracted the attention of different personalities of underground art and culture, so he decided to take advantage of the basis of his knowledge to form the movement The Foundation for the Totality in 1966.

Since there was no political ideal that governed the actions of The Foundation for the Totality but rather a humanist will from art that pursued a different way of living, other creators such as Marcelo Montealegre (Chile 1936), Marisol Sol Escobar (France 1930 – United States 2016) better known as Marisol Escobar, Carla Rotolo (United States 1941- Italy 2014) and Carmen Beuchat (Chile 1941) also encouraged to collaborate.

The Foundation for the Totality operated as an organic form where the creators, based on the ideals of their manifesto published in The East Village Other, New York, 1967, developed spontaneous actions influenced by the avant-garde of the 1960s with the purpose of shaping a vision of art and life as a peaceful place centered on the love for oriental philosophy and creative and sexual freedom, premises present in the Beat Generation and the hippie counterculture movement.

At that time hipism, feminism, environmentalists and the participants of The Foundation for the Totality had something to say due to the natural sense of solidarity for the civil rights struggles, the protests against the war with Vietnam (1963-1973) and other causes that framed a passionate context with contrasts that provokes vague sensations with the essay Here is New York, by E.B. White (United States 1899-1985) and the flows in The power broker by Robert Allan Caro (United States 1935).

With Warhol, he establishes an interesting working relationship with different participation in actions and the feature film Four Stars that lasts 24 hours.

In 2018 the gallery of projects The Inclusive Way presented Rolando Peña Foundation for the Totality in the 12th edition of the fair Pinta Miami, Florida. It was a documentary exhibition curated by Andreina Fuentes Angarita (Venezuela 1968) and co-curated by Gerardo Zavarce (Venezuela 1968) that addressed aspects of Peña’s process of formation and evolution from 1969 to 1980.

Regarding the project presented at Pinta, journalist Juan Antonio González (Venezuela 1962) publishes in El Universal (06/12/2018) an interview he conducted with Peña where the artist comments, “Totality is the union of positive energies, of the sexes, of many things. For me it was important to unite, not to disunite; to open doors, not to close them.”

In this sense, Peña describes to González emotional aspects and ideals that continue to motivate his vision by stating, “Totality is part of my whole life, of a glorious moment as an artist and as a human being. I always carry it in my heart and in my brain.”

Around this line of projects and processes linked to Peña, last September 15, 2021, the first part of This Must Be the Place was inaugurated at Americas Society, New York: Latin American Artists in New York, 1965-1975. A rotating group exhibition curated by Aimé Iglesias Lukin in which Peña was invited along with more than 40 artists from Latin America and the Caribbean. The purpose of the project is to celebrate the body as subject and medium in order to seek to offer new understandings of identity. In the second part of the project, which opens from February 2 to May 14, 2022, the public will be able to enjoy different works by Peña such as Photomatons. Different Momento, 1967 and Aquí Estoy, 1963, which are part of the Fuentes Angarita Collection.

Iglesias’ project offers different focuses of readings and reflections on a mass of proposals related to the processes of migrant artists from all over the hemisphere according to their histories, influences, themes, relationships, exile, and how they were recognized until they created new communities, groups, and movements in New York.

This is a particularly opportunity to delve deeper into the significant role of Latin American artists in the construction of the avant-garde that emerged in New York. The exhibition is propitious to review the incidence of the Latin American artist label that continues to cause differences for some, while for others, it becomes a distinctive emblem of identity and pride.